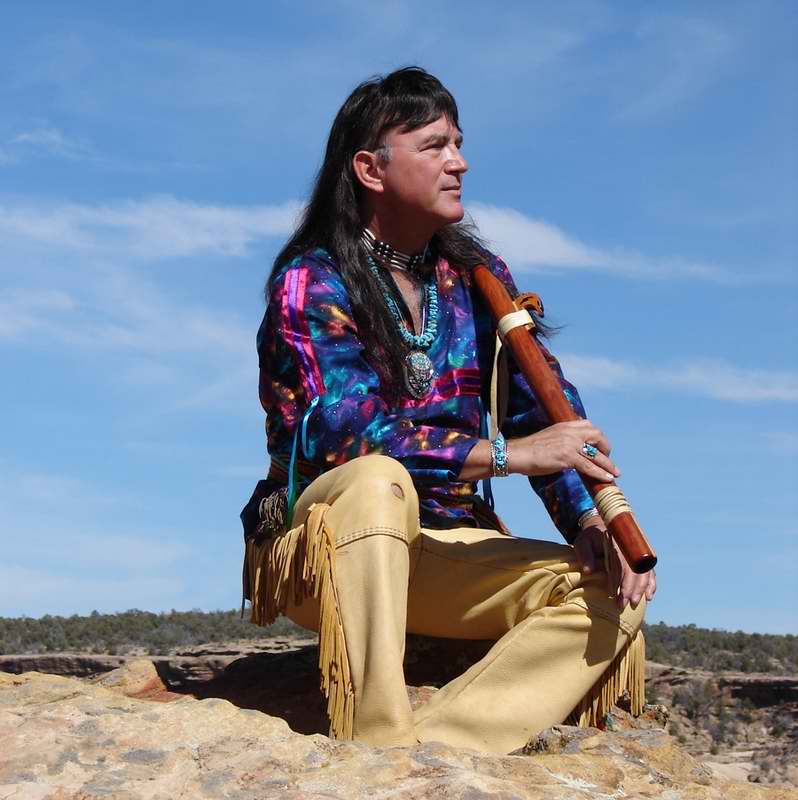 Douglas Blue Feather is an internationally known recording artist and performer of music featuring the Native American flute. His ancestry as proven by DNA testing includes Iberian, American Indian, and European and he is an adopted Dakota Sioux member of the Zephier Family (Ihunktowan Band of the Yankton Sioux Nation of South Dakota).

Recognized as one of the most accomplished flutists of today, he has released 22 CDs which have been heard on radio stations and TV music channels worldwide including Pandora, iTunes, Soundscape, Sirius, and many others.

As a world class musician, Douglas Blue Feather comes with a proven track record of being one of the most talented performers on the Native American flute in the world and has performed at the Native American Awards, on Fox and NBC TV, and at numerous nationally advertised powwows, festivals, expos, universities and churches throughout the United States.

As a Spiritual Leader, Douglas Blue Feather is an ordained minister in the Universal Life Church and has been a member of Unity of Dayton, OH for over 25 years. "In addition to being a guest speaker and musician at new thought churches throughout the country, I have been following the Red Road (the Native American Spiritual Path) for over 30 years and I follow the Lakota/Dakota teachings. The Red Road is not a religion...it's a way of life."

© 2000 - 2023 by Douglas Blue Feather. All rights reserved.
Designed and developed by The Nashville Webmaster.